A collaboration between David Temby and Gianni Marinucci has resulted in Gianni’s unique trumpet. Gianni was searching for something different, that had warmth and breadth of tone, could respond at extremely low and sensitive volumes and that would retain it’s inherent colours across the dynamic range.

The horn is built around Temby’s fast and smooth valve and slide section but with the addition of MAW valves, made specifically in Germany to Temby’s dimensions. The MAW valves free up the airflow and add an incredible connection between notes. The valve compression is amazing.

The leadpipe is a dual pipe system. The inner is a typical medium taper yellow brass leadpipe, while the outer is a .925 Sterling Silver parallel wall tube. This system offers a nice even blow plus adds some extra harmonic structure to the sound.

The bell is Temby’s #725 yellow brass standard weight bell which has a faster taper and a larger 5″ bell. This results in a warmer sound, which holds up under higher dynamic levels (louder playing).

The vibration and airflow of the instrument is enhanced by connecting and bracing the leadpipe and bell only at the valve block, rather than adding two extra direct braces from the leadpipe to the bell.

The valve bottom caps are medium weight which are ideal for the way that Gianni likes this horn to “slot”. The valve tops are made in Germany, specifically for Temby trumpets, and the finish is raw brass and polished sterling silver. David has intricately engraved the bell with a floral design.

“Gianni Marinucci’s … Big Phat Jazz Horn is the horn that allows him to completely express and convey his trumpet voice to his audiences. From musical conversations with the most subtle and intimate softness, to fast, intricate, soaring and technically masterful phrases, this horn provides him with the tools to get the job done – seemingly with minimal effort.”

“Listening to him, recording live at Bennetts lane recently, with his duo of Colin Hopkins and Frank DiSario, you could feel and hear the versatility of this man and his horn – from breathy, understated, wistful and contemplative tones, through to a “dual layered” fiery sound at times, but at all times, controlled and never harsh.” “Gianni loves this horn”

“Gianni Marinucci’s warm and beautifully colourful sound has been admired by his audiences and peers for many years. Gianni treats his audiences with beautiful, heartfelt and story telling lines that can take you around the world in one tune. He has that rare musical sixth sense which enhances a vocalist’s performanceand takes him to a huge variety of musical settings – all with complete artistry.”  David Temby

Temby Australia Artist Gianni Marinucci has had a wide and varied career. He is one of the busiest jazz musicians in Australia, plus performance highlights have included touring Hong Kong, Thailand and Europe. Gianni has played on many recordings, as well as featured on many radio broadcasts on the ABC. He has released three recordings, and regularly records with other artists. Gianni is also a Jazz clinician. and has given many clinics around Australia on Jazz improvisation. He has played with many seminal jazz figures such as Don Burrows, James Morrison, Kate Cebrano and Tony Gould. He has also played with International artists such as Wayne Bergeron and Wycliffe Gordon. In the folk world he regularly collaborates with renowned folk singer Kavisha Mazzella. He has been a featured performer at many festivals including Wangaratta Jazz Festival, Melbourne Jazz Festival, Stonington Jazz Festival, and the Melbourne International Festival of Brass. He is a member of many ensembles beside his own trio, quartet and nonet, including the Moovin and Groovin Orchestra, B# Big Band, Ken Schroder Groups, Colin Hopkins duo, Tony Gould Trio and the Grand Union Orchestra. He has studied in the USA with Jazz legends Warren Vache, Laurie Frink and Bobby Shew. Built for Hayden King, to the specific requirements of the recently graduated, professional trumpet player and teacher from Adelaide S.A. This horn is incredibly versatile. It is the culmination of all the prototypes that have been made for Gianni Marinucci, to showcase his warm and lyrical playing, but with the ability to blend perfectly in a section. This is Gianni’s 2015 horn of choice. Dane Laboyrie’s David Temby hand assembled trumpet 2016 No.3, built to suit Dane’s requirements for a horn that has the versatility to cover classical, jazz, theatre and commercial work. Lightweight “all round” horn with reverse nickel silver leadpipe and main tuning slide. James Kapaun really “takes off” with his new trumpet! Here’s another Temby horn that plays as great as it looks! This is a perfect “all round” horn for the “one horn quiver”. This trumpet offers the same versatility and response as the number 3 except it has a slightly tighter feel for the player who enjoys a very secure slotting instrument. The custom number 5 has been fitted with MAW valves. 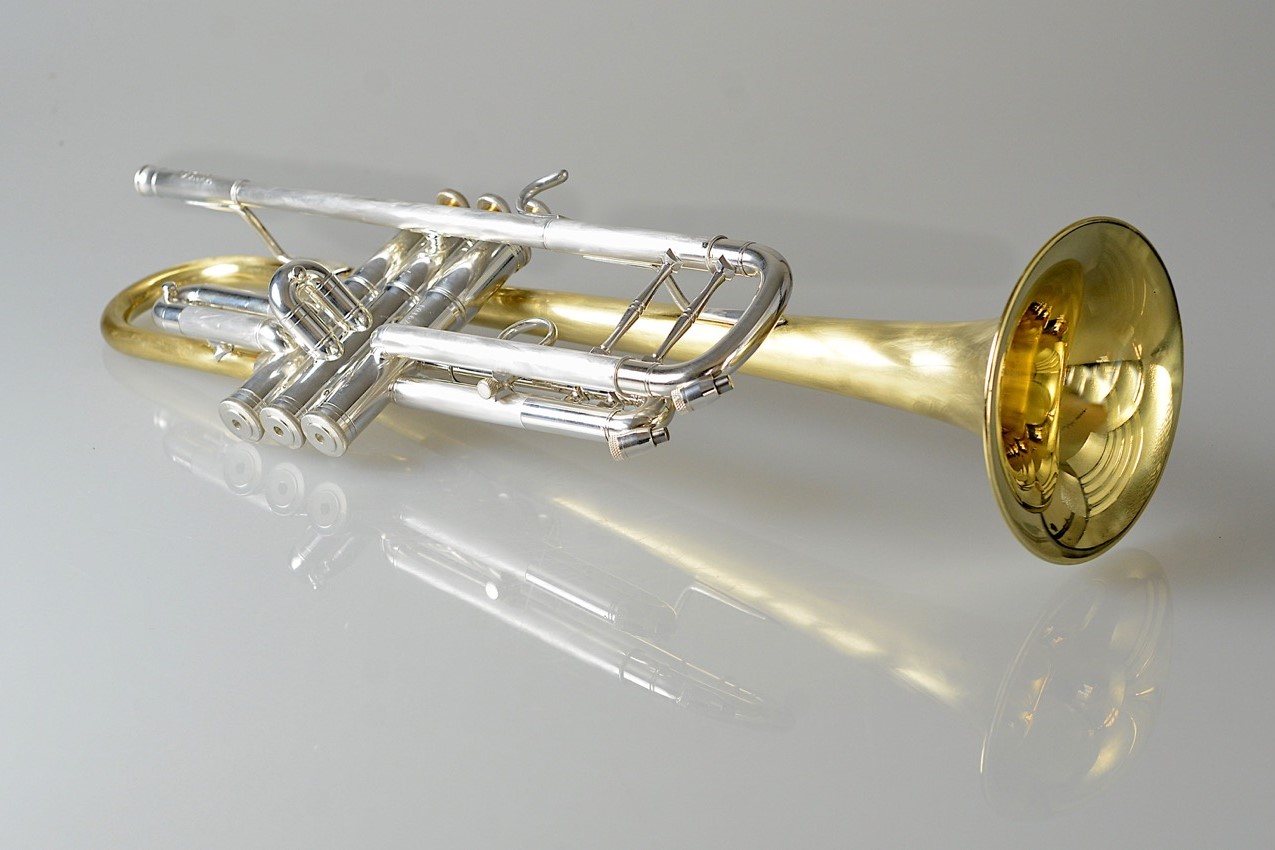 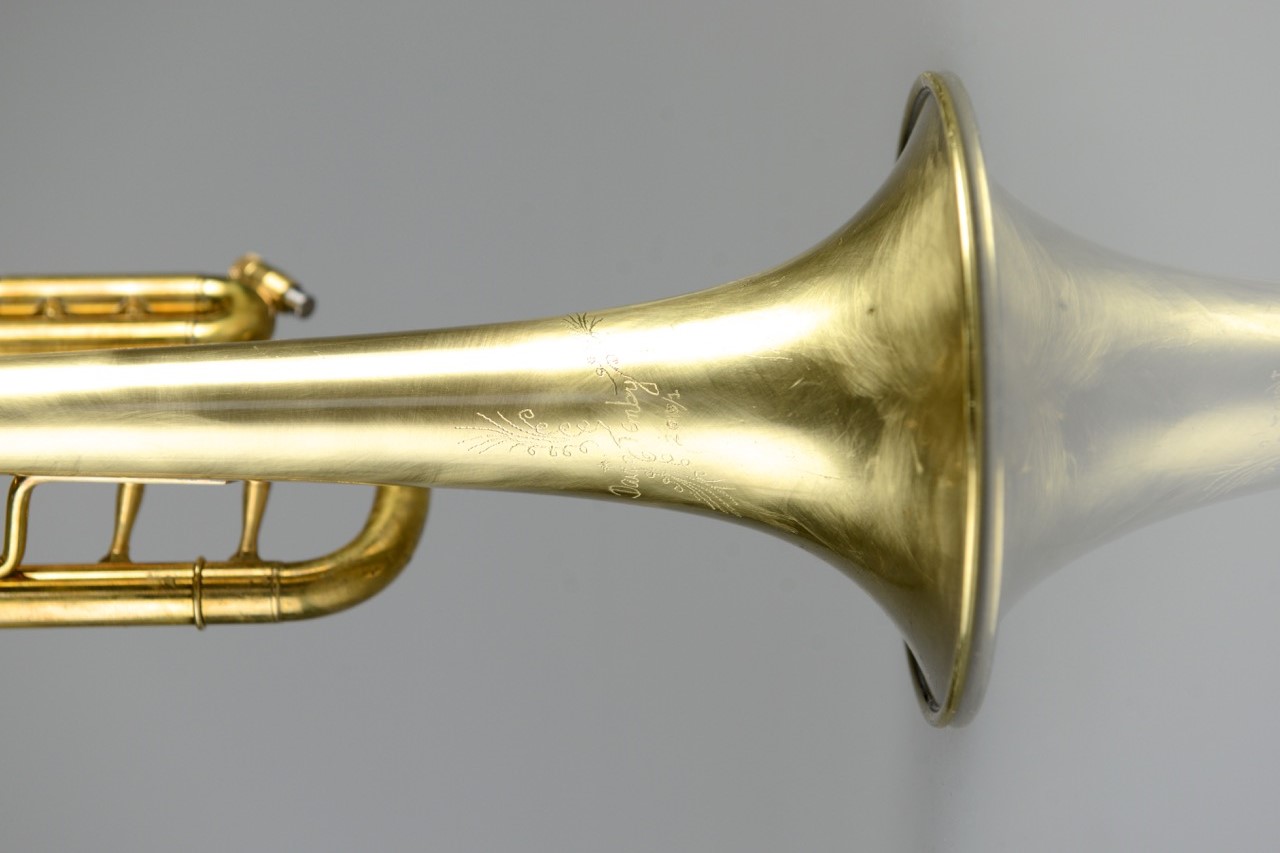 Made for Emily Johnson Made for James Kapaun Made for Gianni Marinucci 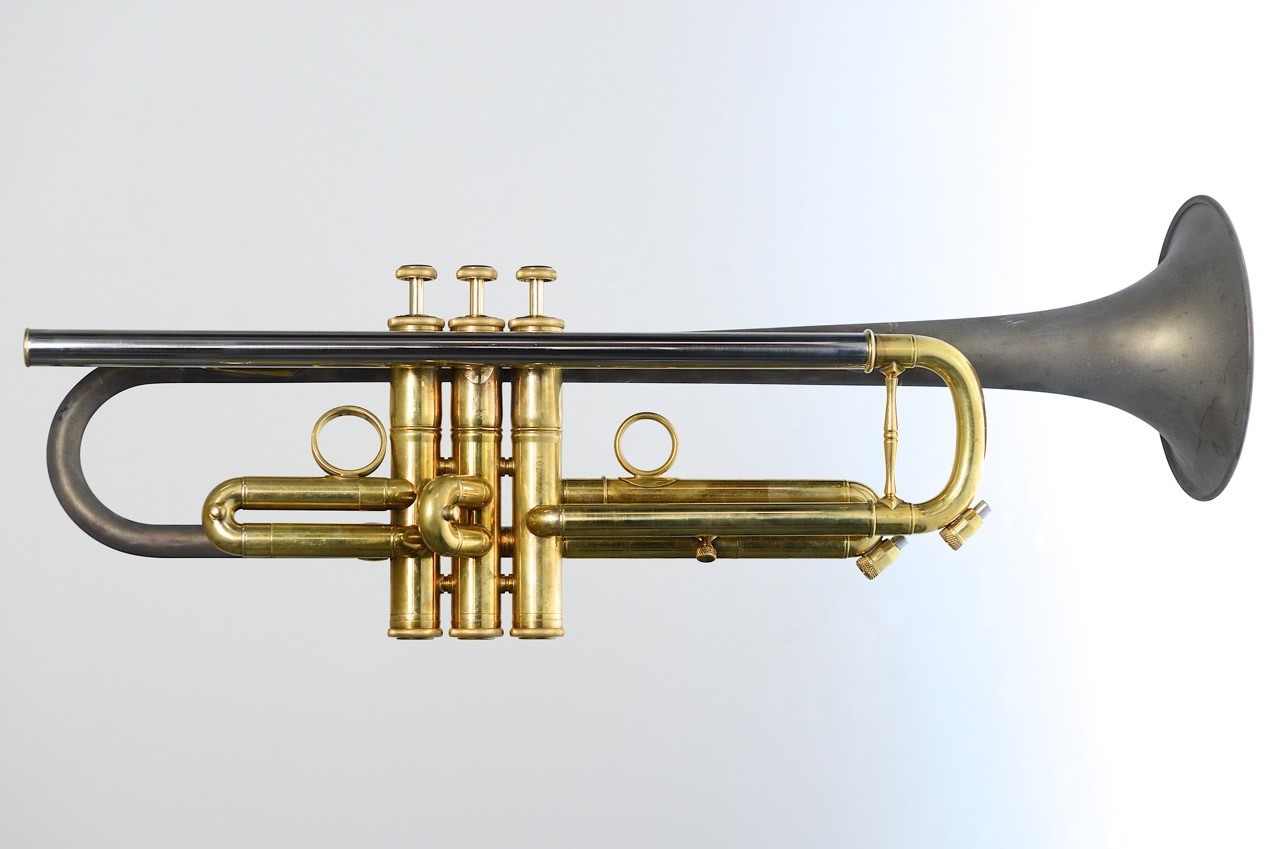